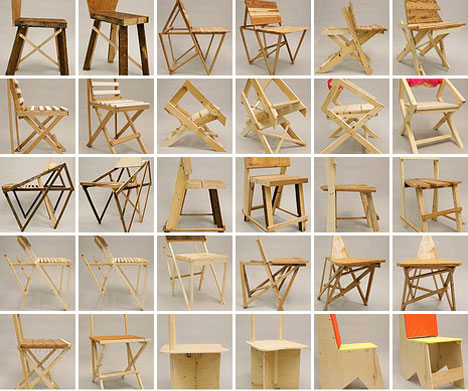 Andy Hall, of HallMfg in Chicago, has produced a set of 24 chairs in 24 non-consecutive hours (full set pictured after the jump) in an empty retail space in Chicago's Loop, provided by the Chicago Loop Alliance. The chairs were made from a collection of salvaged building material donated by the Rebuilding Exchange. 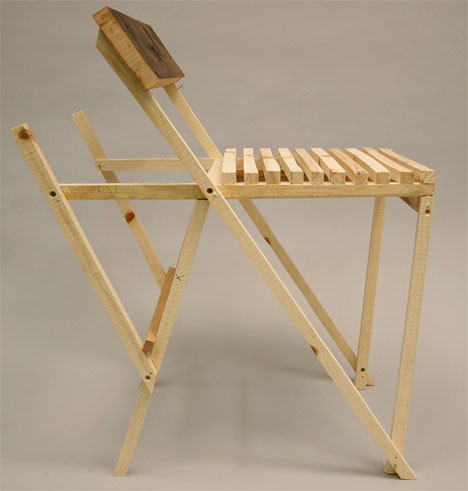 This project shares a conceptual space with Martino Gamper's 100 chairs project, in that the designer is constrained by time and materials in the production of furniture. Unlike Martino, Andy uses this format to explore a translation from drawing to production—the profile of each chair was drawn at scale on a four foot square sheet of paper, guiding and facilitating his hour of construction. 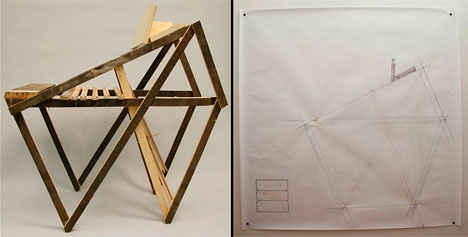 I set out to design and build one chair each hour that I was at this downtown, storefront site. Four chairs per day over six days. Every hour started with a working drawing and ended with a new chair prototype. Each drawing is to scale on a four foot square sheet of paper. It was used as a marking template for every component part of the physical model being built. By using this system, I never used a tape measure...I put the wood on the paper and traced it. This project was about unpacking the hour and thinking in situations to initiate further design. The collection of twenty four chairs could be considered a full day of work.

We love this project for its compression, immediacy, and the idea that the burden of function (the chair) combined with a strategy (the drawing) can lead to some interesting results. Each chair is a fantastic formal exploration, free of the stiffness of expectation or craft.

Above, a timelapse of Andy at work—he moves so fast, it's hard to pick out what's chair and what's not. Oh, and in case you were wondering, Andy timed himself with a little kitchen timer hung on the wall: no cheating.

The full set of 24 follows. 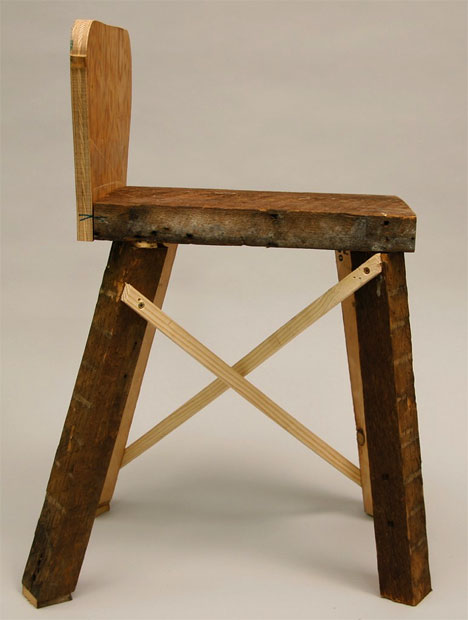 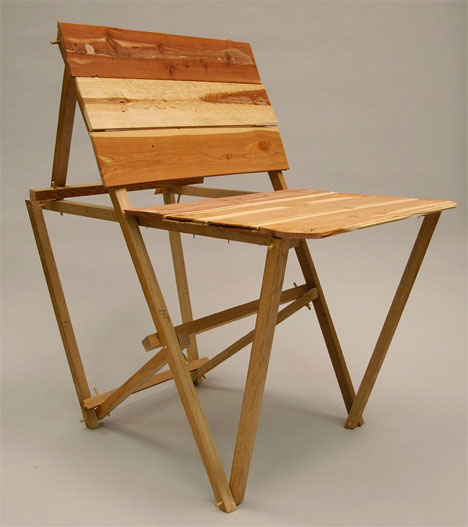 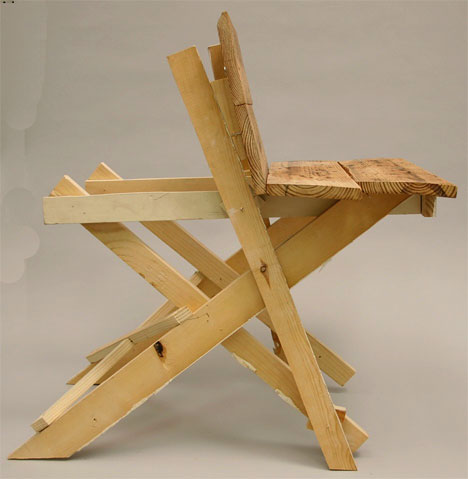 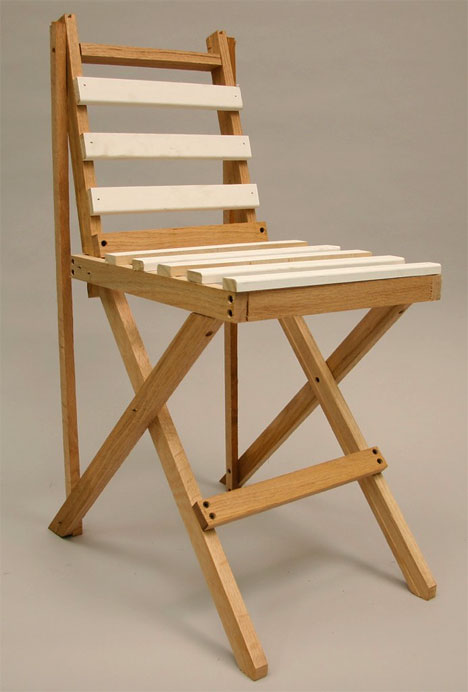 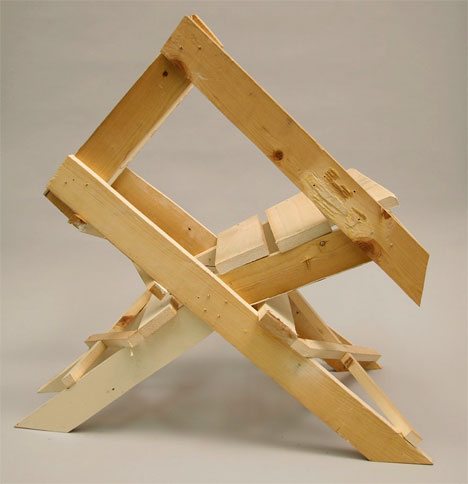 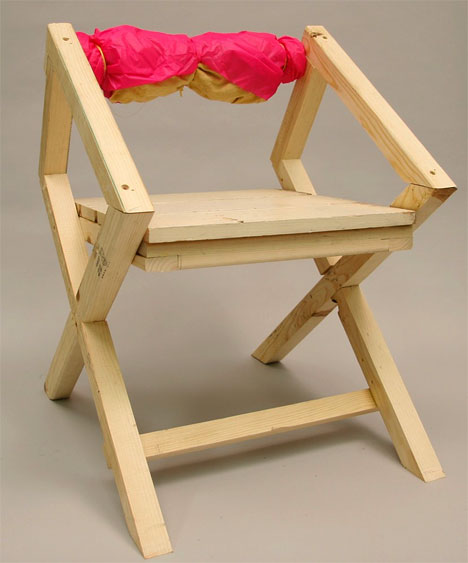 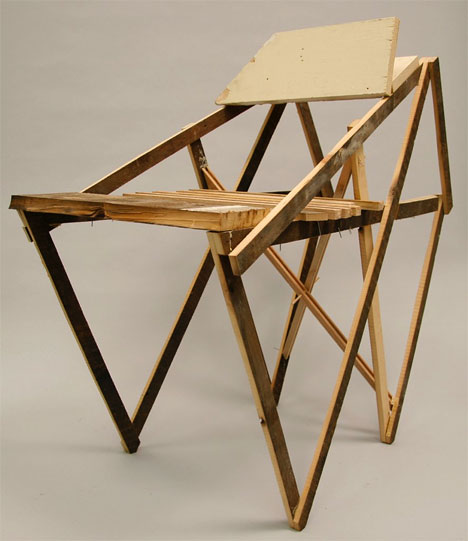 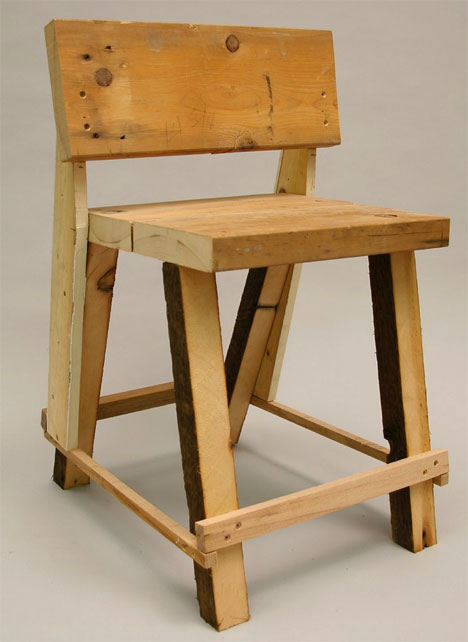 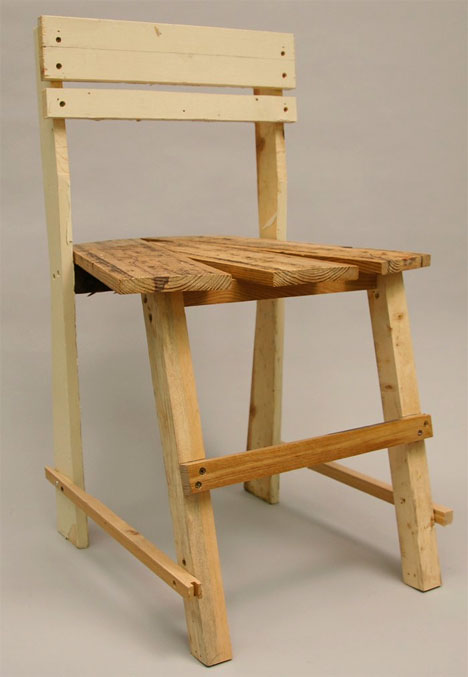 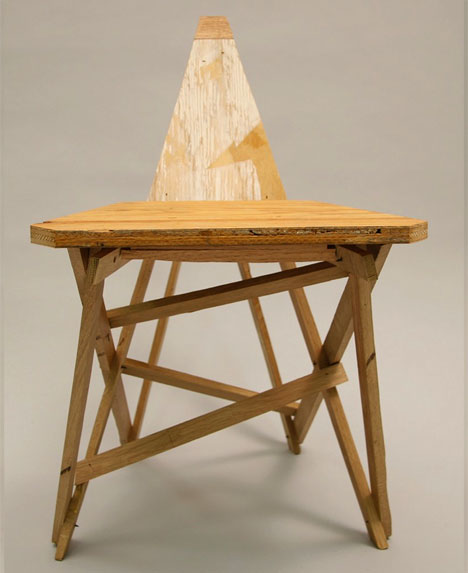 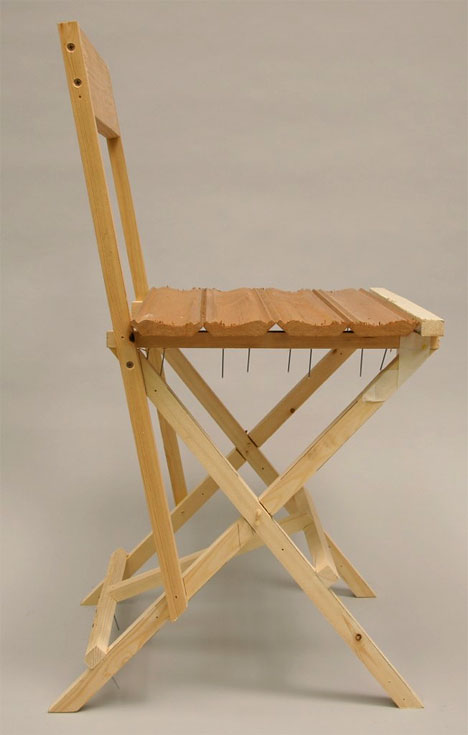 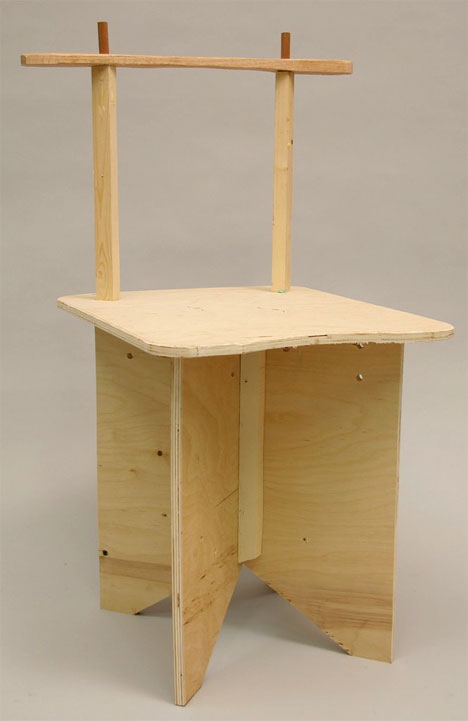 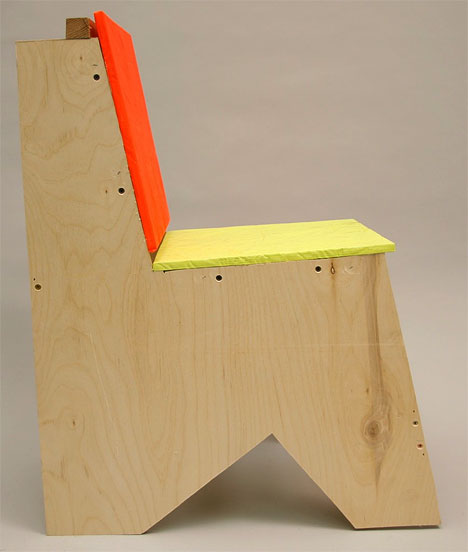 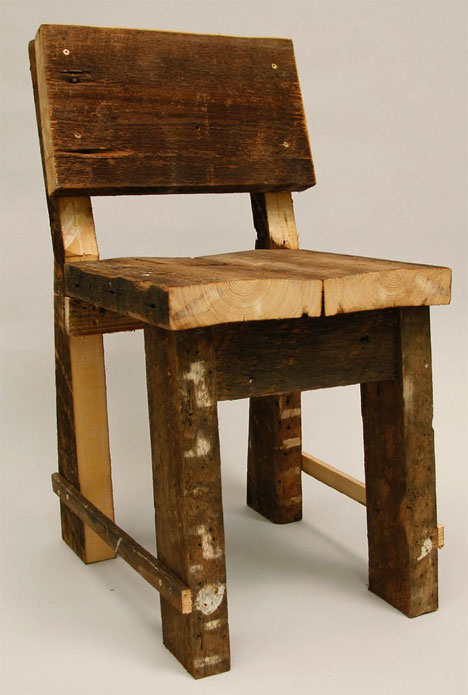 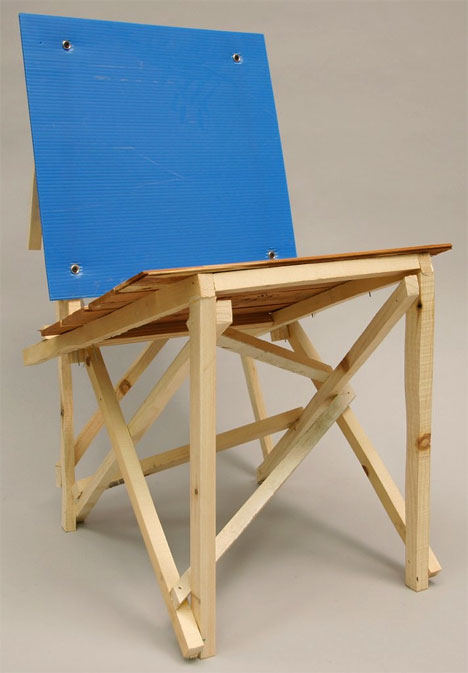 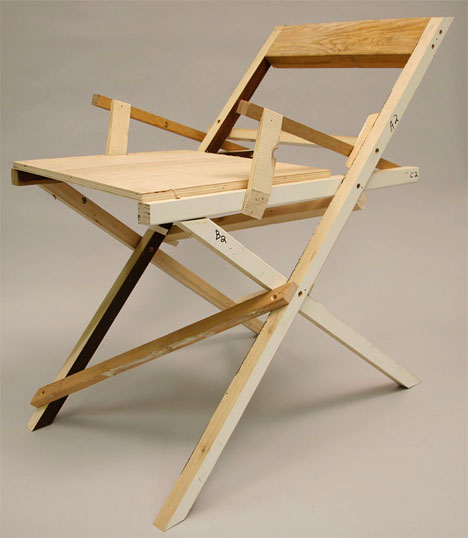 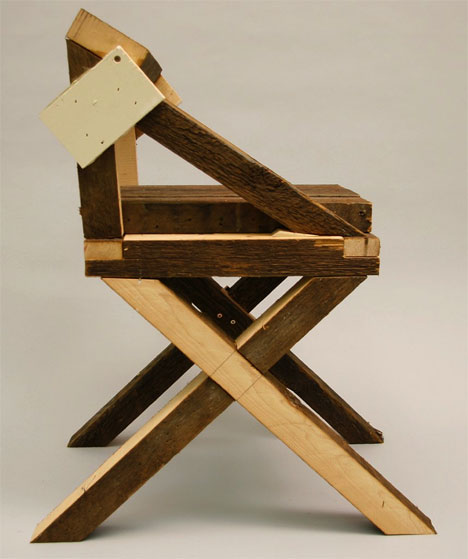 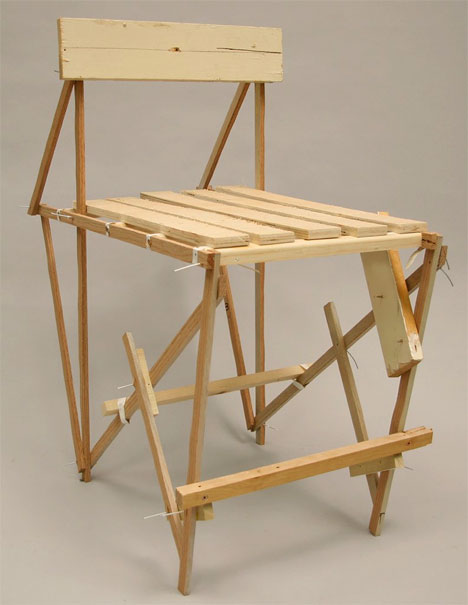 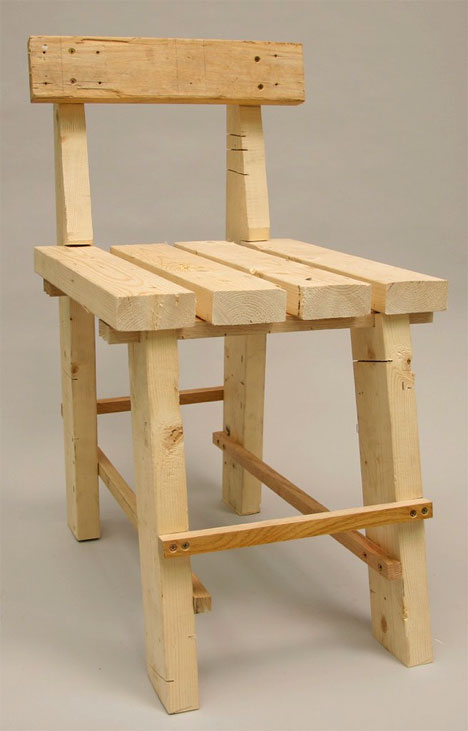 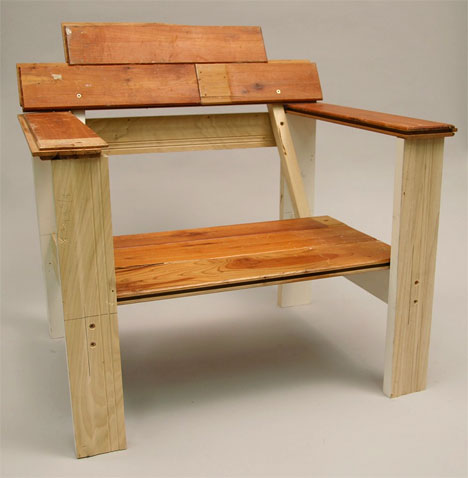 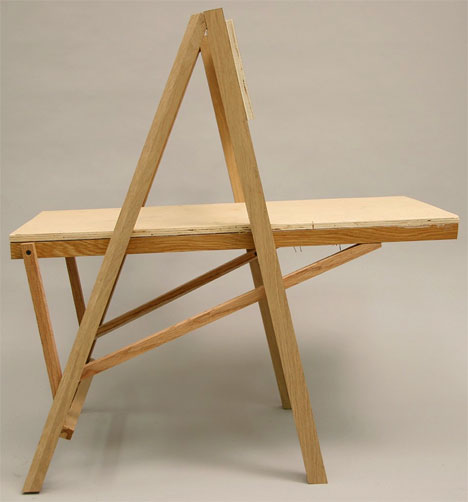 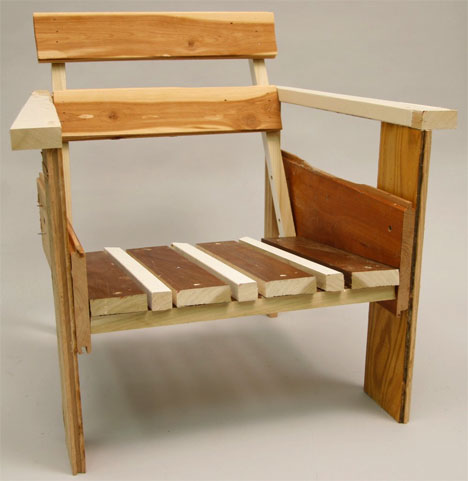 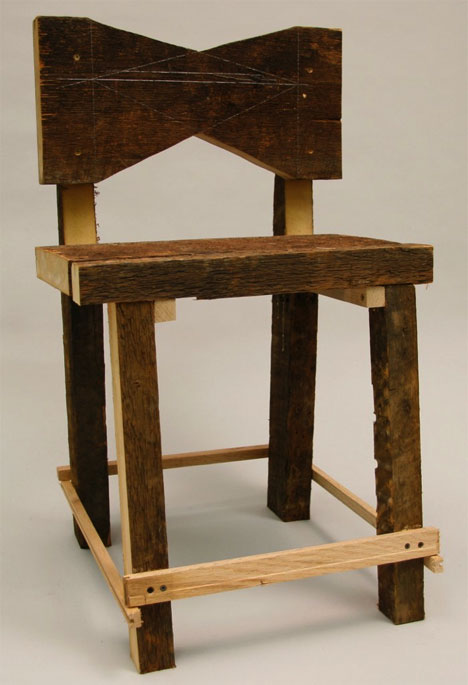 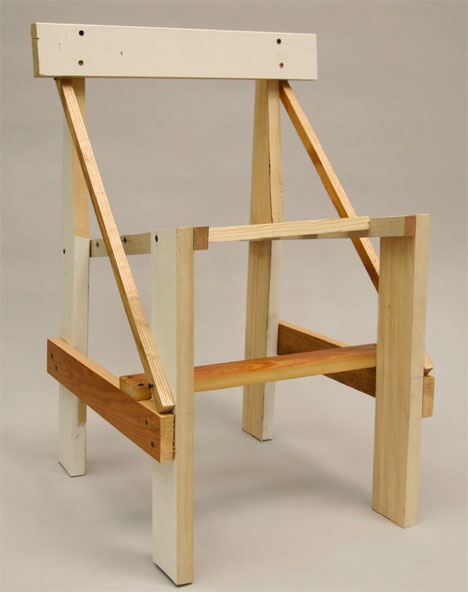 Posted in Object Culture • Permalink Digg This! | Save to del.icio.us | Submit to Reddit | Stumble It!