I've been kind of obsessed with the building since I watched "L'Ultime Particule" 6 years ago.

A documentary by the French director Michel Andrieu that tries to explain particle physics through a quest for the research physicists of matter of today and yesteryear. Invariably kitted out in a red parka and a soft hat, the programme's investigator scours the planet and the archives in search of the research physicists who are stalking the ultimate particle, the Higgs boson, in their quest to understand the structure of matter. CERN is an important stage of his journey. It's all in French but definitely worth seeing. 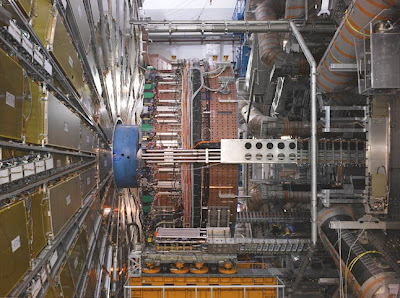 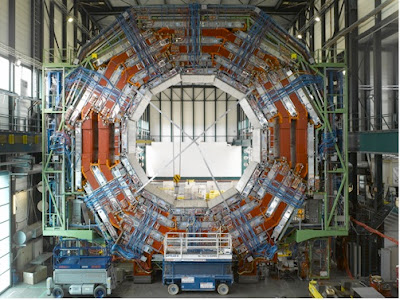 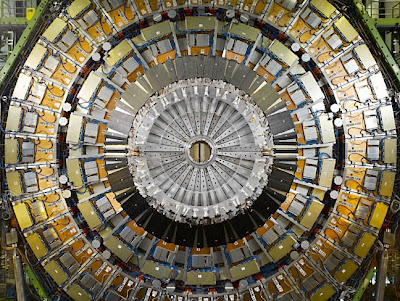 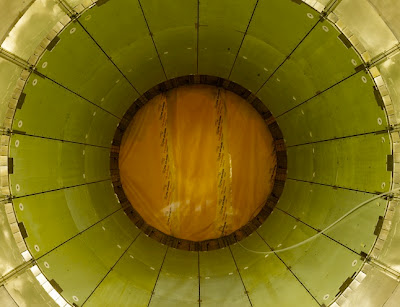 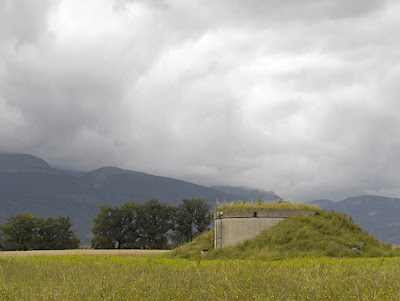 So I'll be going to the AA to see Collisions.

Collisions is a large-scale photographic triptych featuring the world’s largest particle accelerator at CERN in Geneva, Switzerland known as the Large Hadron Collider. The photographs were taken in summer 2007 during the final phase of construction at the centre for European Nuclear Research by London-based photographer James Brittain.

The Large Hadron Collider has been under construction for the past 11 years and is located underground in the foothills of the Swiss Alps. There are few signs of it on the surface – just occasional sheds, chimneys and bunkers intervening haphazardly in the landscape. The Collider is housed inside a 27-kilometre-long tunnel about the size of London’s Circle Line. It has been built as an experiment to recreate the conditions that occurred at the point the universe began – the moment known as the ‘Big Bang’. Physicists intend to use it to discover the elusive ‘Higgs-Boson’ particle or ‘God Particle’ – a subatomic particle not yet observed by science, but believed to hold the key to understanding the architecture of all matter. Once in operation, sub-atomic particles will be accelerated in a vacuum along a slim pipe inside the tunnel at roughly the speed of light, then crashed into each other. Physicists are interested in observing what occurs at the point of the collisions: large mechanical equipment has been installed at four collision points along the tunnel to carry out these observations. It is the particle collisions that are thought to hold the key to decoding the universe. The accelerator is due to be officially switched on in summer 2008.

One theory under scrutiny in the experiment is that of ‘supersymmetry’. This proposes that everything in the universe beginning at the subatomic level, has a symmetrical partner – with all human life described as a ‘grand dance of particles’, each with a symmetrical shadow. Brittain says of the project: ‘For a photographer, such thoughts about symmetry are at the heart of the process of describing space in pictures’. The photographs are intended as simple observations of the spaces and machinery created. As a project of physical investigation, the accelerator’s construction has been driven by function. Little or no thought has been devoted to aesthetics. Yet the resulting creation is often extremely beautiful.' Brittain is an independent photographer based in London. He began his photographic career in Africa and later trained in architectural photography at the London College of Printing.

Email ThisBlogThis!Share to TwitterShare to FacebookShare to Pinterest
Labels: Archi/Texture, Exhibition, SnapShot, State of the Art