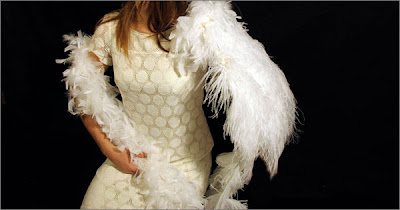 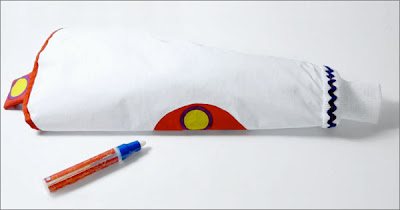 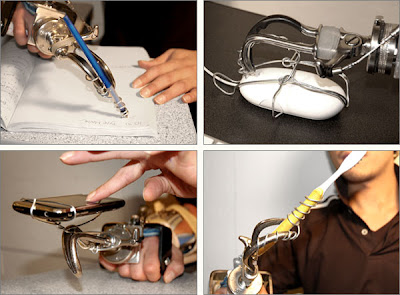 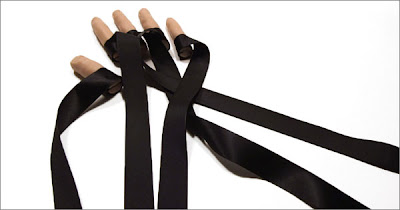 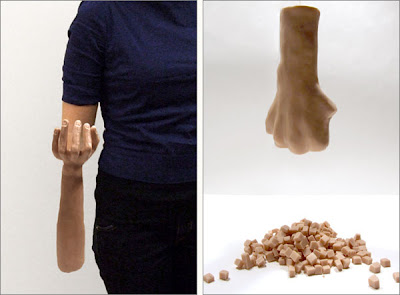 This past fall, Allan Chochinov, a partner at the design blog Core 77, ran a course at SVA which challenged students to rethink the prosthetic arm. Today, The Prosthetics Project launched as an online exhibition, showing the work of all 21 students that took the class. As Chochinova writes:
The students took different approaches to the problem: some attacked it directly with mechanical improvements to existing prosthetics. Others offered devices and garments that introduced alternative modalities or provided new functionality. Some students took a more abstract approach, creating formal, often sculptural, gestures as a way to help us think about the notion of 'prosthetic,' while others took an extremely conceptual approach to investigating the paradigms and cultures around prosthetics and amputees.

The intent wasn't to create solutions that might pop right into the current market--but rather, to challenge students who otherwise might never have encountered such a difficult and unique design problem. The hope, according to Chochinov, was that the young greehorns would have ideas that would never occur to an engineering pro.

The projects are organized along four basic approaches: Decorative, Playful, Utilitarian, and Awareness. Here's a sampling of each category:

In the Decorative category, Tonya Douraghy & Carli Pierce designed the "Feather Cuff and Wing Arm"--which aims to tackle the stigma associated with a prosthetic, by turning it into a fanciful accessory.

In the Playful category, Ekta Daryanani designed a sleeve for a prosthetic arm which kids can draw on--thus making it into a canvas for self-expression, not unlike a cast which all your friends sign.

The Utilitarian category emphasized function over form. Giho Lee began his investigation by experimenting with a "trainer"--a device that gives a two-armed person a sense of what it's like to have a prosthetic hand. Then he began devising a clever, willfully "dumb" and low-tech method for wire attachments to adapt the trainer to different tasks. It's not a design solution per se, but nonetheless, documents the process of how you'd start developing improvements on the "hook" (thanks to Allan for the clarification).

The most abstract category was Awareness, which investigated the cultural mores that amputees live with. Meital Gueta created three pieces that aim to reflect the body image of amputees.

You can see all of the projects--and more images--at the Prosthetics Project Web site. Kudos to Allan for leading such a well thought-out class, and to the students, for coming up with such a wealth of interesting ideas!