I love this site, the colors work really well, haven't visited in a while. For those who haven't seen it yet here are some bits and bobs 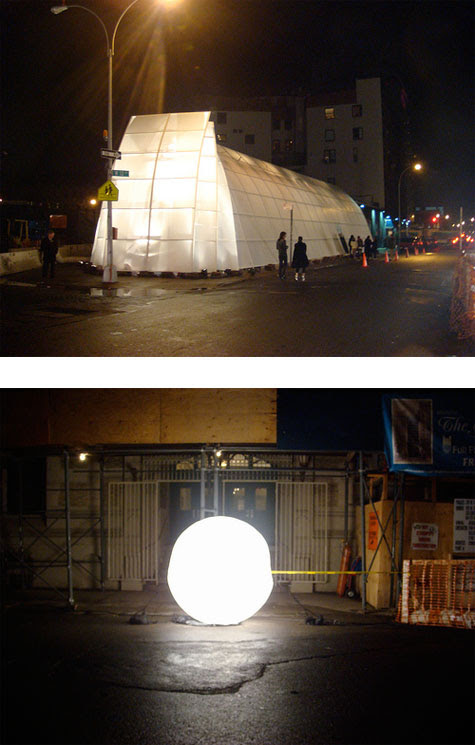 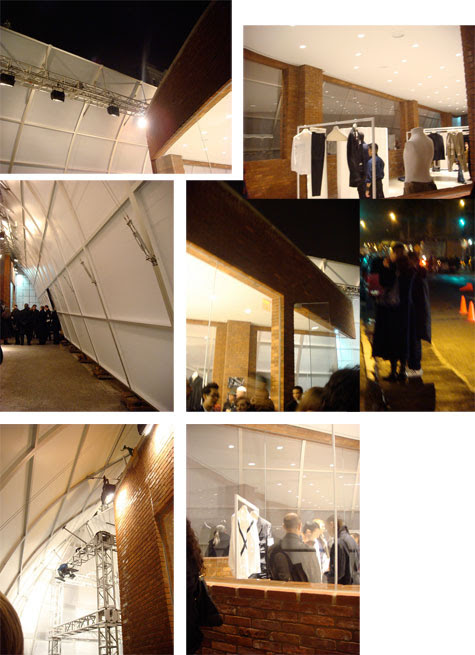 At last nights opening party, Yohji Yamamoto’s new flagship store in nyc was wrapped in an impressive layered white structure that illuminated for blocks. The store itself sits at the triangular intersection of two blocks, and a large chunk of the building was removed to create a freestanding 3-sided building with large windows on all sides. Aside from an interesting array of appetizers including miniauture scale sized snacks and Coppola claret, hot toddys and Papabubble candy were the hit of the night as far as food and drinks go. Yohji himself was not there as I had previously thought, but his look-a-like who works with him was.

The Chloe Sevigny for Opening Ceremony collection debuts in stores tomorrow. There are going to be crazy lines so get there early! Here’s a sneak peak at the shop setup, it looks super cute inside all set up for the new collection.

The soundtrack for Harold and Maude by Cat (Yusuf) Stevens has finally been released by Vinyl Films Records. It was so exciting when David received this in the mail the other night. It was like christmas opening it all up! This album comes with so many great extra things including some pieces of the film and the record itself is pink and lavender vinyl.

I love the work of Phoebe Washburn. There is an article on her in W this month. I have only seen one installation by her at the Hammer museum in LA a couple years ago but it was beautiful. Maybe it’s my love of paper and collecting scraps that draws me to her work, but it’s really remarkable to see all of the layers she creates in person.

nothing much to say about these i just thought they looked nice together like this.. they look a little confused, surprised and surprising.. 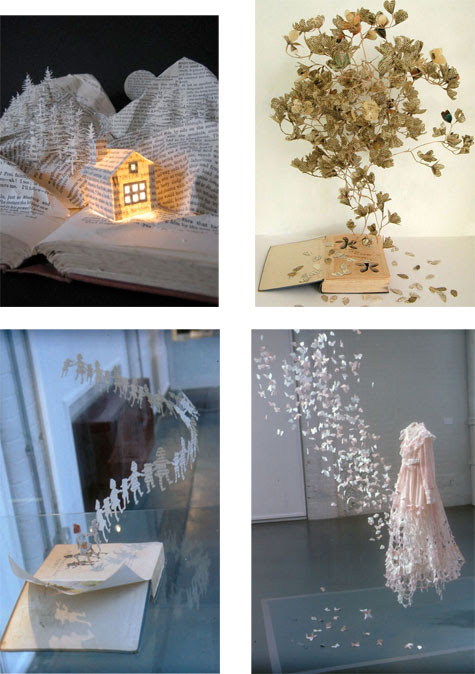 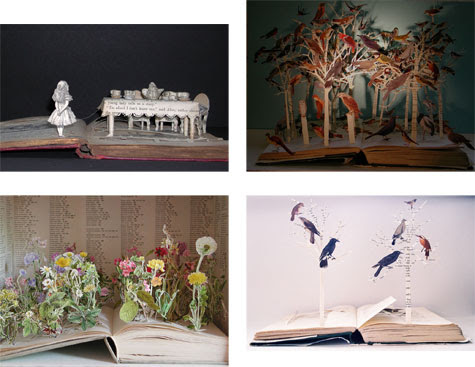 I’ve been meaning to post the work of Su Blackwell for a long time now, but now there are even more images of her incredible work on her site so I’m glad I waited. These book sculptures are so beautiful and that dress! It’s like something out of a Miyazaki animation or origami coming to life.

I received an email from Faye Toogood and discovered her incredible styling work. I love the play on scale and the beautiful color palettes of these images.

via scout holiday
Posted by Sophie at 12:07