The design by Austrian architects Coop Himmelb(l)au for the Central Los Angeles Area High School #9 for the visual and performing arts has completed and will open in September 2009 for the new term.
Central to the building is the suitably dramatic theatre which holds just short of 1,000 audience members and will be open to the public as well as the 1,800 students providing a public space which was previously lacking in the Grand Avenue area.
Each student is matriculated within one of four academies representing each of the arts disciplines, accordingly there are 4 separate classroom buildings as well as the theatre, the library and the cafeteria making up the seven building campus.
Coop Himmelb(l)au’s design concept is to use architectural signs as symbols to communicate the commitment of the Los Angeles community to Art. Like chess figures three sculptural buildings, which relate to the context of downtown Los Angeles and the program, redefine spatially and energetically the otherwise orthogonal arrangement of the master plan. A Tower figure with spiralling ramp in the shape of the number 9 located on top of the theater’s flyloft serves as a widely visible sign for the Arts in the city and a point of identification for the students. Inside the tower, an event, conference and exhibition space with a view across the city is planned to be located.

Each station is different.

Constructed of a soft, flesh-like gel, the remote appears cold when off. Once turned on, however, it seems to come to life. A soft light emanates somewhere from within as the center of the device begins to slowly rise and fall, mimicking the tranquil motions of breath. Left undisturbed, the remote will slumber peacefully. Buth should a human hand approach, sensors inside alert it to the imminent touch. It stops breathing, grows rigid – the light from within is extinguished.

“Design for a Living World” at Cooper-Hewitt


JCDC - Kittyfornia from Creamcream on Vimeo.
Posted by Sophie at 20:34 No comments:

Email ThisBlogThis!Share to TwitterShare to FacebookShare to Pinterest
Labels: Fashion 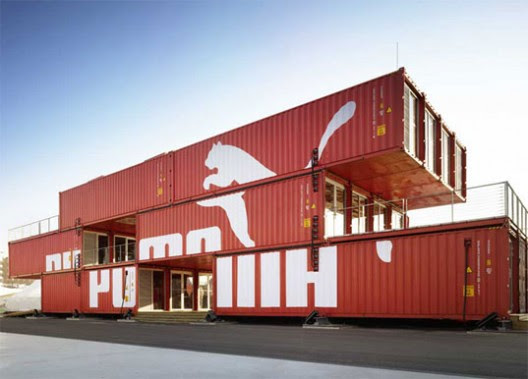 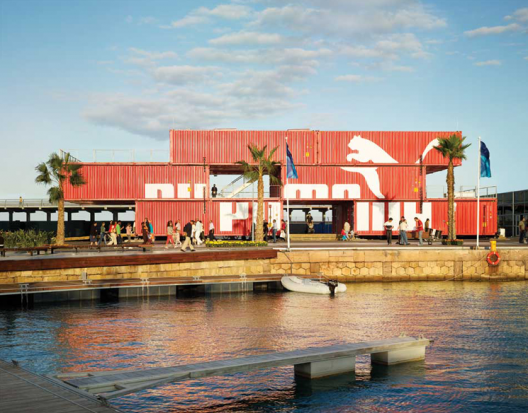 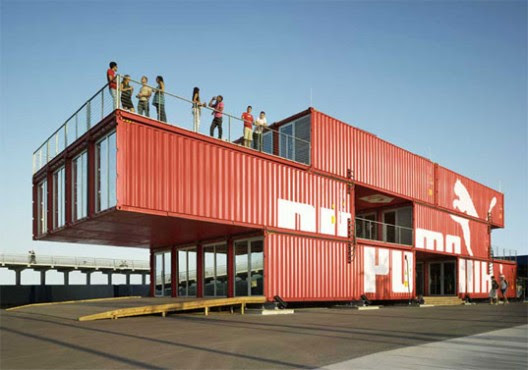 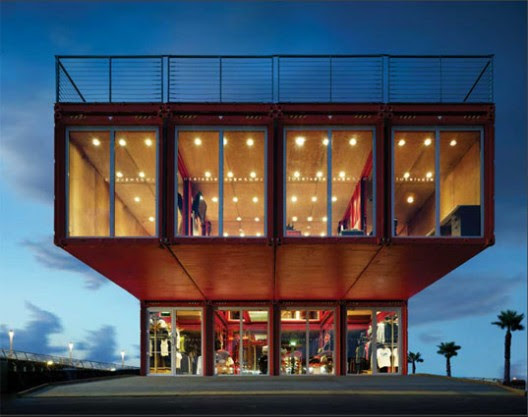 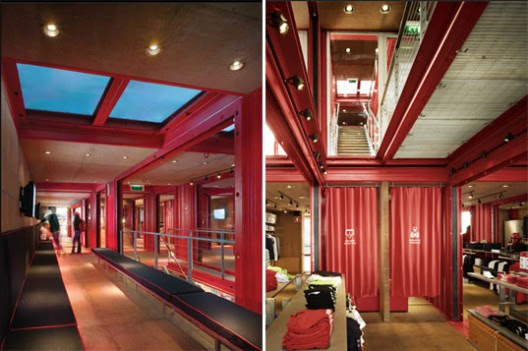 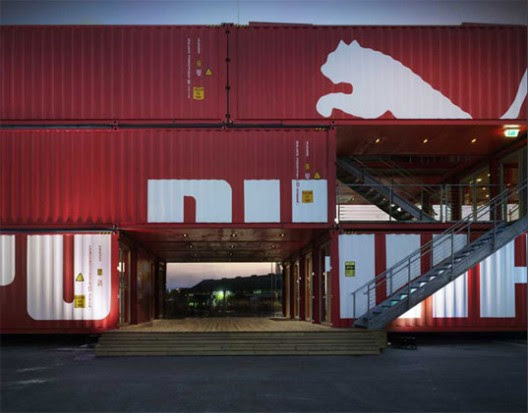 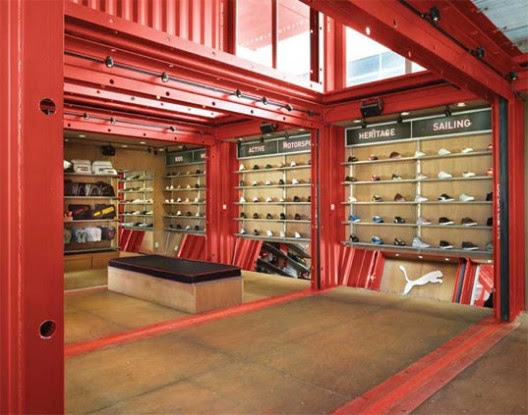 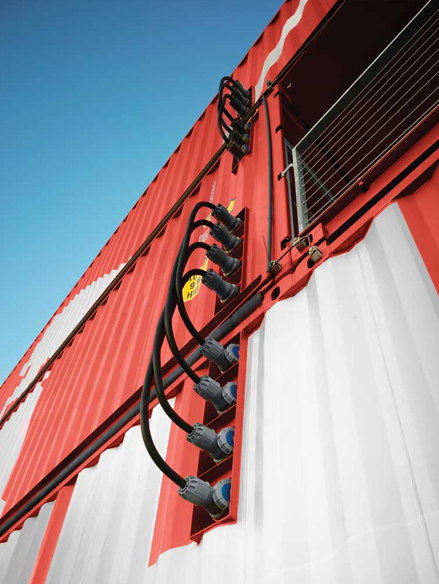 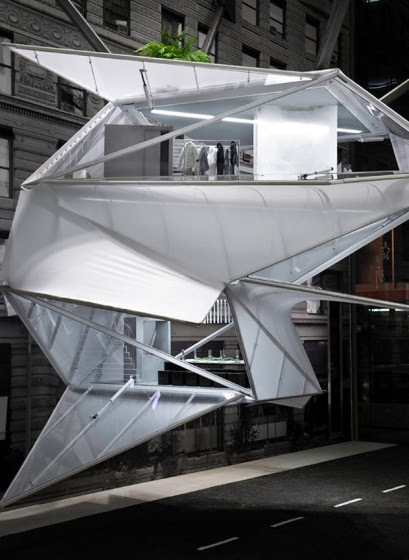 The installation was created with Calvin Klein’s consumer image in mind. The stylish installation covers 4 complete floors, with a landscaped rooftop, and was constructed of acrylic sheet, steel, and stretch Spand

According to a new survey by Synovate and Microsoft Advertising, young people resemble their grandparents far more closely than they do their parents. They seem to be more pragmatic than hedonistic and value family, good education and career.
"Young Adults Revealed: The Lives and motivations of 21st century youth" is worth the read. You can download it here
via Social Hallucinations
Posted by Sophie at 14:53 No comments: 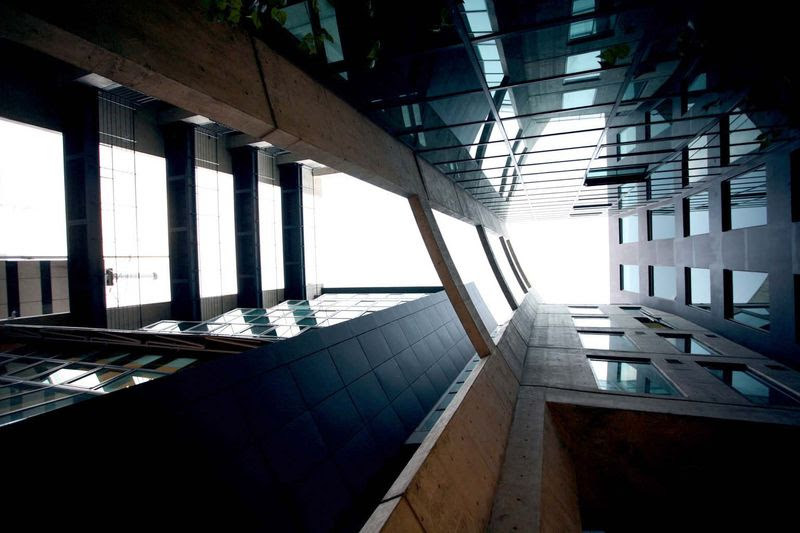 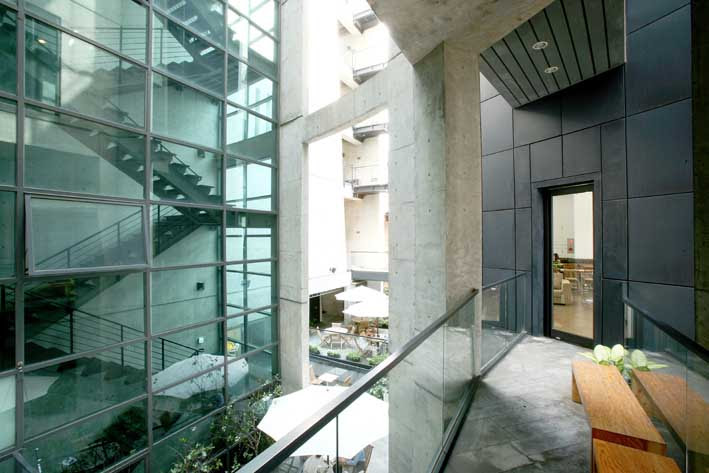 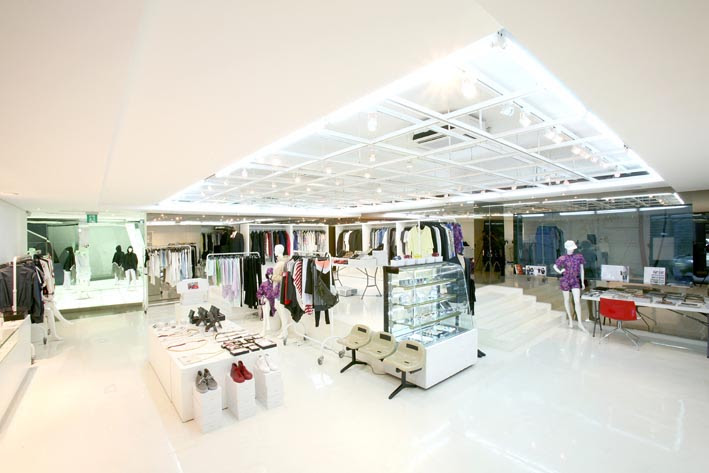 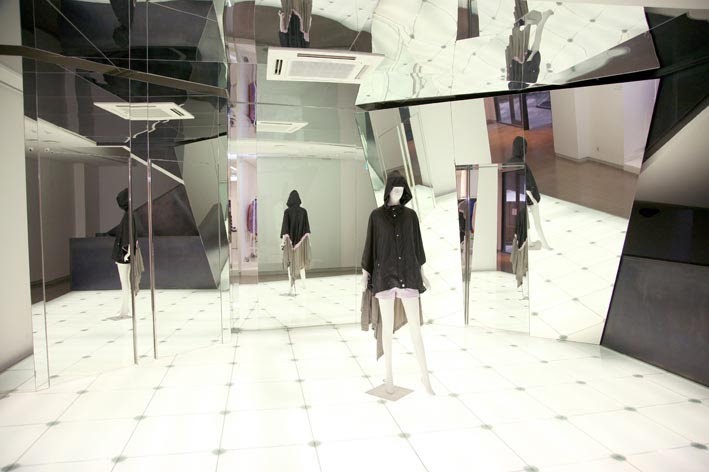 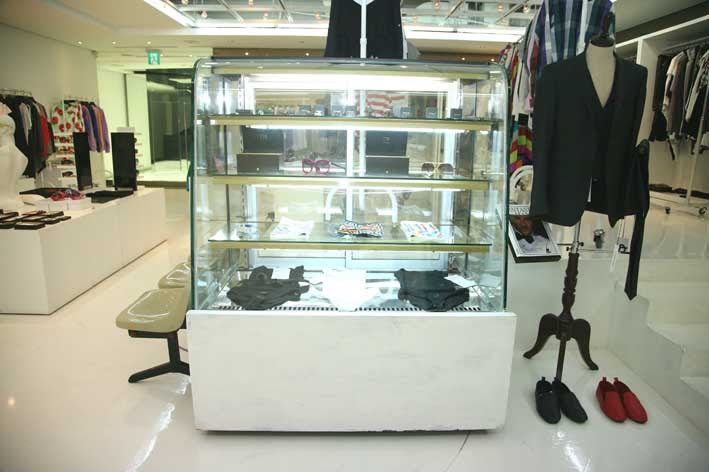 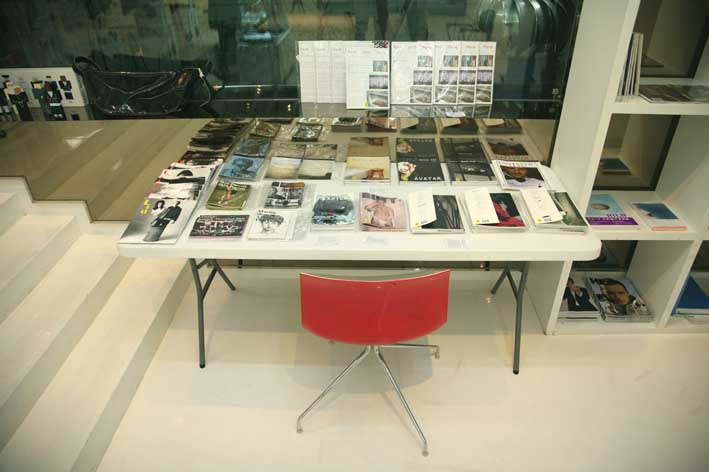 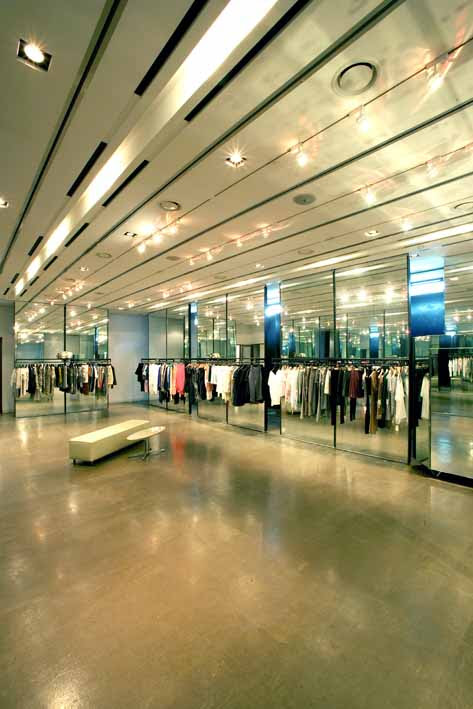 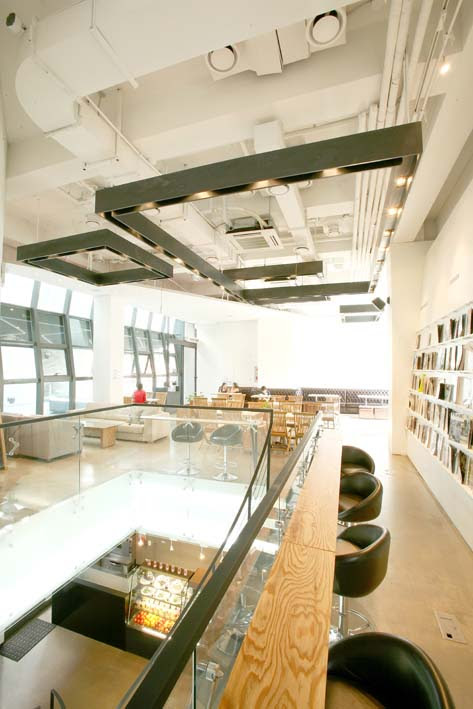 She's been everywhere from Dazed, to the independant via the BBC.
Check out her work on flickr

via Wallpaper
Posted by Sophie at 11:38 No comments:

The words this week: interesting read


Design revolution or social (r)evolution by Marcia Caines (Cluster). Edited by Mark Vanderbeeken (Experientia) is a round up of the St Etienne Biennale and tries to answer contemporary design questions

- How can design help to develop our lifestyles?
- How to make design work with research and innovation?
- How can design now become a tool for economic development?
via Putting people first

Interesting read of the week an article about Abhilasha a pilot study by New Dehli start up Eko and the Centurion Bank of Punjab that offers an interest earning saving account that can be updated and managed through a mobile phone. In the article Jan Chipchase taps into usability and illiteracy in mobile banking. via Future Perfect
Posted by Sophie at 17:16 No comments:

Email ThisBlogThis!Share to TwitterShare to FacebookShare to Pinterest
Labels: Anthropology, communities, communities wom, Designing for the Future, Education, Innovation, mobile users, People, People Anthropology, user experience
I talked about Heineken the city in September, the beer brand is coming back with a new project Heineken - Know the Signs, helping you find out the unmissable signs of drunkeness. The site also allows you to upload your and your friends shameful videos and photos. 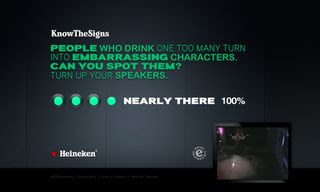 via Social Hallucination
Posted by Sophie at 16:53 No comments:

What is WOM all about?

How to do WOM well, great story on Craphammer: Wayne knows what many Word of Mouth experts don't.via Craphammer
Posted by Sophie at 14:56 1 comment:

Email ThisBlogThis!Share to TwitterShare to FacebookShare to Pinterest
Labels: Education 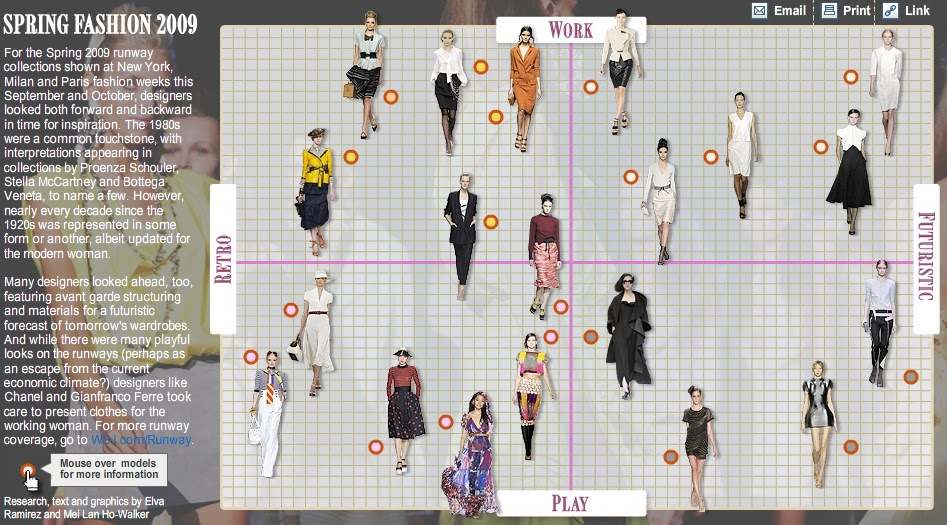 via TrendLand
The Wall Street Journal
Posted by Sophie at 00:03 No comments: