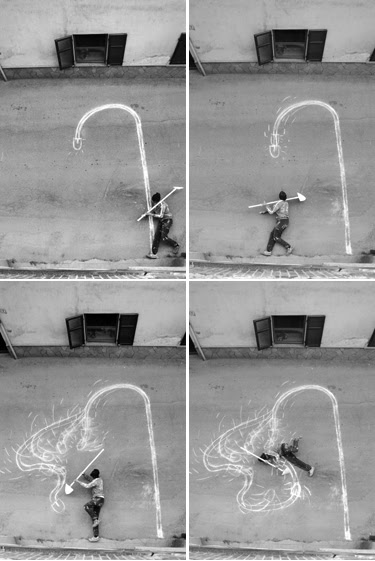 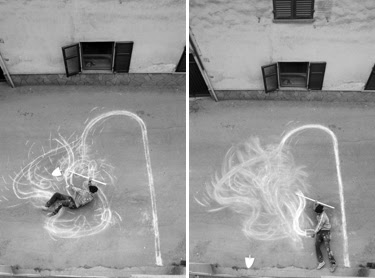 In baseball, a team immediately leaves the playing field following a walk off home run. For Robin Rhode the walk off is the last painting in a series or the last line of a drawing, the thing that sets the tone for the entire work. With this final line or painting, he releases the viewer from the work or series. 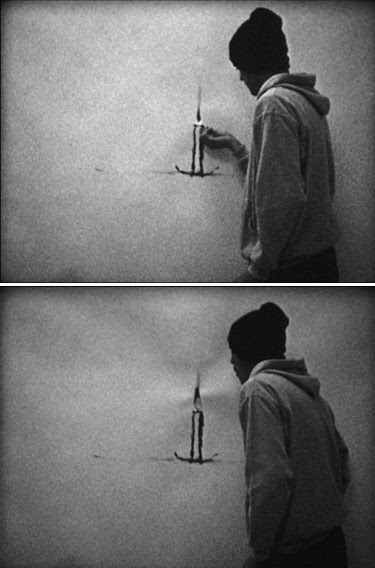 Robin Rhode draws a candle and tries to blow it out; he paints a bicycle and tries to move it; he sits down in front of a white wall and plays the drums, which he has painted in black paint on that very wall. This combination of drawing and performance is characteristic of his work. The artist also photographs or films himself during these actions, from either above or frontally. His means of expression thus also include, in addition to performance, photographic series, slide projections, digital animation and films. 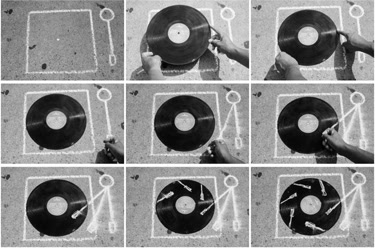 Robin Rhode was born in Cape Town in 1976. He belongs to a generation of post apartheid artists that "very quickly took care of herself without waiting for the approval of the previous generation, that of its teachers," as Thomas Boutoux stated. Rhode attended film school following the completion of his studies in fine arts at Witwatersrand Technikon in Johannesburg. In 1997 he began to integrate objects in his works that he drew in chalk on walls or floors. For the artist, chalk is a material that is associated with memory: "Chalk was stolen from the classroom and the senior boys would draw elementary objects, such as candles and bicycles, directly onto the walls of the toilets. The younger pupil was then forced to interact with the drawn object, either trying to blow out the candle or to ride the bicycle." (Robin Rhode, 2005) 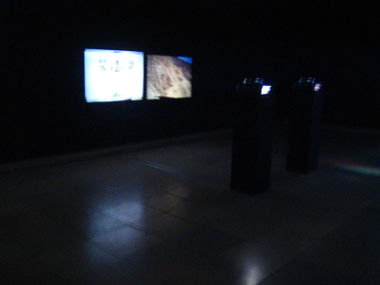 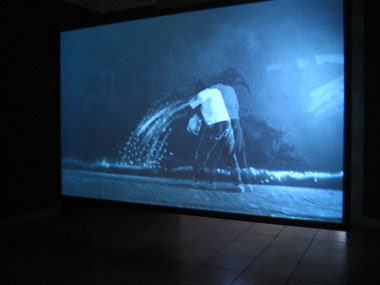 Email ThisBlogThis!Share to TwitterShare to FacebookShare to Pinterest
Labels: SnapShot, State of the Art